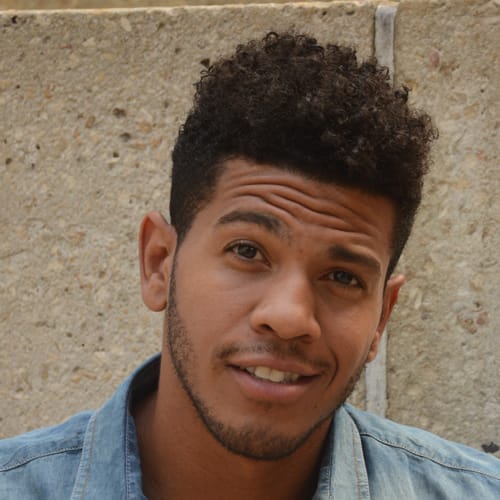 Coming out of Houston Texas, widely acclaimed actor Christopher St Mary has acted in raved about performances like Paul in Six Degrees of Separation at the prestigious Country Playhouse and various roles at the Houston Grand Opera in shows such as the Rigoletto.

He has attended the Troy Rowland Acting Studios’ intensive 5-month training courses for film and television out of Los Angeles with renowned director and celebrity acting/life coach Troy Rowland. Christopher has also graduated the Mayo-Hill school for acting and modeling; a year long training where he learned skills, techniques, and etiquette for runway, photo shoots, television, and film.

Christopher has also worked on indie films such as The Foreign Exchange Student and in various web series shows featured on YouTube such as Pretty Young Thing where he co-starred as a young college student and love interest of the divorced and older Andrea.

Off set Chris practices yoga and studies various Martial Arts and is a great multi-sport athlete. He enjoys learning languages and studying different cultures. He is currently able to speak French, Spanish, and some German and American Sign language. Chris is an intermediate percussionist and is learning numerous other instruments. Having years of commercial driving experience; Chris has the capacity to drive pretty much anything with wheels at expert level. Christopher plans to seek larger roles in more feature films and theater shows to showcase his talent and tell beautiful and vivid stories to millions of people of all ages.

For more information and inquiries, feel free to get in touch.